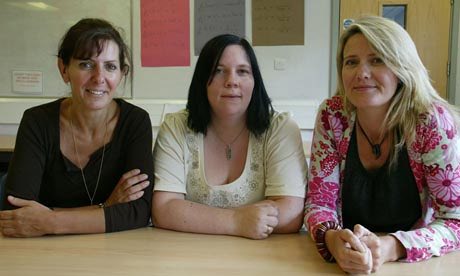 A town once nicknamed ‘Pramface by the Sea’ is looking up, thanks to a dose of higher education

Shirley Warner was exultant. Coral, her 16-year-old daughter, had just told her, “I’m going to uni after school, Mum. If you can do it, I can.” Warner left school at 16 with no qualifications, married at 17, had two children, split up, had two more children, split up, married, had three more children, broke up with her wealthy husband and, embroiled in court battles, became another single mother on benefits in Hastings. Her outlook was bleak, and certainly did not include studying. As Imogen Hirst, Warner’s fellow-student at University Centre Hastings (UCH), says: “People in Hastings don’t go to university.”

Hastings, which has been unkindly nicknamed “Pramface by the Sea”, boasts the highest teen pregnancy rate in the UK, high unemployment and a high incidence of mental illness as well as poor infrastructure. But thanks to money being pumped in by the Seascape programme of the South of England Economic Developments Agency (Seeda), a town viewed as a haven for drugs and drop-outs is the seedbed for a new university. UCH opened its doors in 2005 “starting from nothing”, says its director, Margaret Wallis. “There is no history of higher education in Hastings, but there’s a case for providing an honours-degree course for students interested in their own community.”

So Hirst, who’d walked in off the streets to “study anything not computing,” joined the first intake of seven for a BA in applied social science. This term there are 23 applied social science students in a total student body of 500, taking 18 subjects including computing, media broadcasting, English and education, environmental biology and history. None of them comes from traditional backgrounds although, says Marylynn Fyvie-Gauld, course leader of applied social science and joint-honours programme coordinator, “We do make sure that students can cope with degree-level work, either by asking for essays or by directing them through access courses at the local FE college.” Many are single parents with low self-esteem.

Continue to read on The Guardian

Please explore the site and email me with any comments, suggestions or offers of work: victoria@victorianeumark.com A talented and versatile journalist, writer and editor, I produce pacey, witty, reportage; in-depth, thoughtful features; clear, incisive analysis; informed and entertaining reviews. Click for full bio